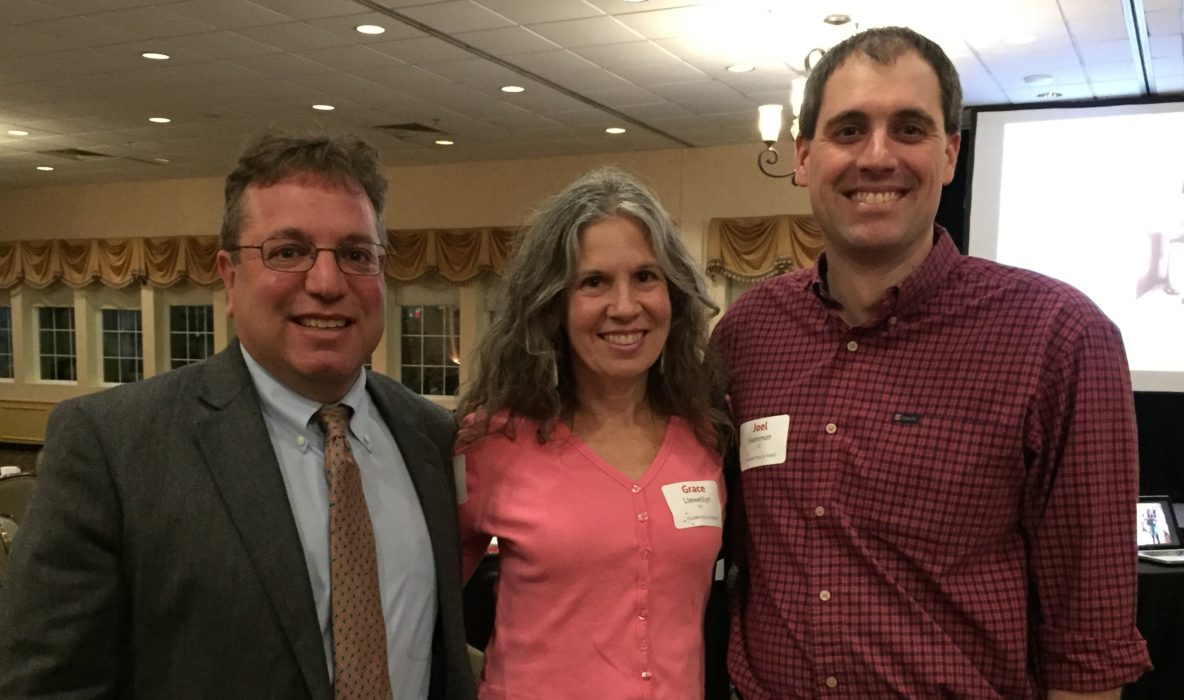 I had the chance to meet Grace Llewellyn at North Star’s 20th anniversary celebration last night. This was such an incredible honor for me. Besides Ken Danford (left) and the entire North Star crew, Grace’s work has had the largest influence on the direction of my professional life. When I was a miserable school teacher in 2006, I read Grace’s book, The Teenage Liberation Handbook: How to Quit School and Get a Real Life and Education, and for whatever reason, one small section caught my attention and eventually changed almost everything about my life.

Here is the paragraph that sent me down the path I’m on today. It’s on page 87 of the revised edition of The Teenage Liberation Handbook if you care to look:

I often hear about these resource centers because their directors order numerous copies of this handbook for their clients, and often they refer to people such as John Holt, John Gatto and myself as their influences. One organization that sounds great is Pathfinder Learning Center, operated by former teachers Josh Hornick and Ken Danford, in Amherst, Massachusetts. PLC is open to homeschoolers and other self-directed learners; members pay a reasonable fee in exchange for numerous opportunities. Josh and Ken offer short term classes in math and other subjects, and host various get-togethers and field trips. They also provide tutoring, help families meet state and local requirements, provide college counseling, arrange internships and mentor relationships, and much more.

That was it. No knock to Grace and her incredible writing, but it is a pretty standard paragraph. Before I left for the event, I re-read that paragraph for the first time in close to a decade and I wondered why my 27-year-old self even took the time to track down Pathfinder.

You never know in advance how even the smallest act can impact the trajectory of someone’s life—Grace’s act of including what must have been an afterthought paragraph in her book and me for taking the 20 minutes it took to google Pathfinder, figure out it had changed it’s name to North Star, and start looking at their website. Obviously, there were a lot more actions after this initial one, but it is like the plans scientists have for diverting big space rocks from hitting the Earth—nudging it just a couple of inches when it is a billion miles away can dramatically change its course and save us from disaster. For Earth, the nudge means no mass extinction event; for me, the nudge meant saving me from another 30 years of teaching in schools.

Allowing yourself to be nudged, being open, staying curious, taking the plunge, working hard: these have made all the difference for me. This is the attitude I try to keep alive in myself and inspire in the young people at Princeton Learning Cooperative where I work now.

It was amazing to have the chance to spend time with Grace. She is incredibly nice and thoughtful and funny—exactly how I imagined she was from reading her book. Ken, Grace and I had the chance to sit and talk late into the night at Ken’s house where we were all staying. The 20th anniversary of North Star, meeting Grace, thinking back over all that has happened in the past decade—by far one of the most memorable nights in my life.